Laptop 2: Display flickering, completely locks up if moved. LCD Panel replaced, MB replaced, locks up on any key pressure (when Intel drivers are running), won't return to working state on reboot until powercycled enough times. Disassembled the laptop and put electrical tape over the "bumps" under the motherboard. Fan and heatsink replaced, attempted to replace LCD panel again due to brightness gradient, the "new" panel had all bottom clips broken. Laptop sent to Depot where only LCD panel was replaced. On-site technician then replaced the fan and the bottom cover

I neglected the blog for the last half a year, so here's the list of things that were going behind the scenes.

And if you see this post, then my nikola setup is again up and running.

Chances are you using Google Maps for all your navigation needs. Why shouldn't you?

Once upon a time I had to provide my modem to a Comcast representative so that they could disconnect it from my account. I looked up the nearest Comcast location and embarked on a journey. The Google Maps pin was pointing to a non-residential building, so I blindly trusted Google to guide me to the correct location. Upon arriving at the building under a light rain, I was surprised to find out it was actually a public pool/Department of Conservation and Recreation (DCR) office. I wasn't the first one to get there by mistake, so I was redirected to the end of the road, just a couple blocks away.

Please note that I did not own a car, and no buses were going that route, so a couple of blocks away (half a mile, 800m) turned into a 20 minute walk under what turned to be an umbrella-bending thunderstorm.

Having returned home, I decided to notify Google of the wrong marker location. I sent a request explaining the issue. A few days later I received the notification that my case was closed and no action taken since not enough proof was provided. I tried the second time, but something did not work quite right then either.

Since I started driving, I've missed a number of turns because the map did not match what was on the ground, Google Maps would announce "Arrived" when my destination entrance was concealed by the trees and there was a whole parking lot between us, we've been guided through that Casey Overpass WIP site where left turn is a suicide because you don't see oncoming traffic. I started to care deeply about those things, but I can't influence a corporation to care about a small misplaced road.

So now I fix things myself. And when a number of navigation applications pick these changes up, I can benefit from having an accurate map at my disposal.

So the first application I downloaded related to OpenStreetMap was OsmAnd.

OpenStreetMap is highly addictive. You think you start with fixing the data for your neighborhood and a couple of days later you are modifying routing configuration on a major highway. You've been warned.

I've gone crazy. For almost two months I did not read any of my RSS feeds, I stopped posting much to diaspora/twitter, I bought a rangefinder, began to look suspicious, and talked to a lot of people.

I got hooked on OpenStreetMap.

In the end of April 2016, we moved from Boston (MA) to Farmington Hills (MI) for work reasons. I wanted to take my potted flowers with me, so flying was not a suitable option, and that's when a crazy idea came to mind: what if we drive? The distance between the cities is around 840 miles (we could only go through US), so covering it in two days seemed reasonable.

We had broken the route down into 7 parts (3 on the first day and 4 on the second), added some buffer (although not a lot) and hoped for the best. Unfortunately, when packing our things into the moving container, we faced a problem: two large pieces of furniture – the wardrobe and the dresser – did not fit, so we had to find ways to get rid of them. This took several hours away from our packing time, and as a result, we were not rested enough on the morning of departure (especially Roman). Eventually, we were lucky to get a huge car that fit the dresser (yay!), but we left Boston two hours later than we had planned. 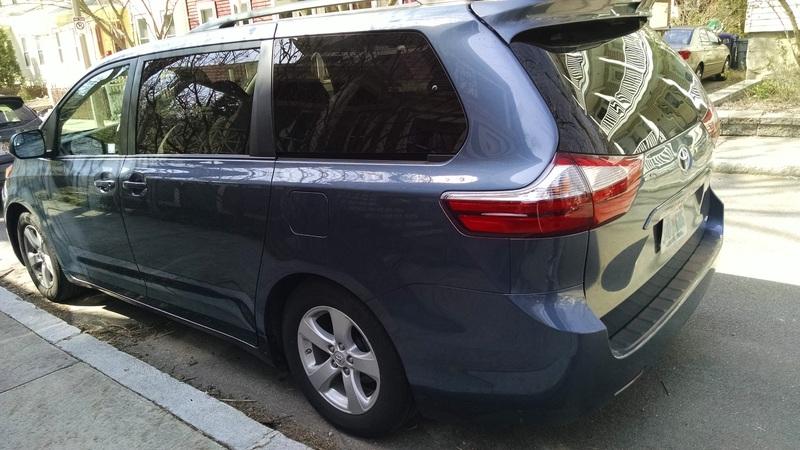 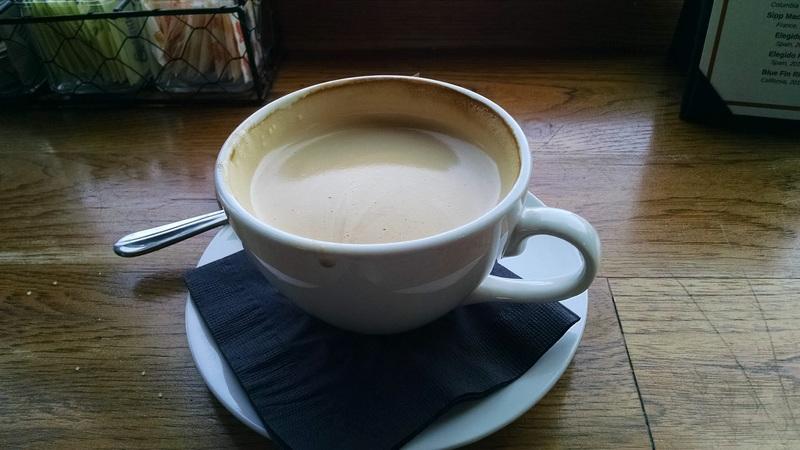 The last cup of coffee in Boston (Simpli Bar & Bites)

Our planned intermediate stops were cafes and gas stations. 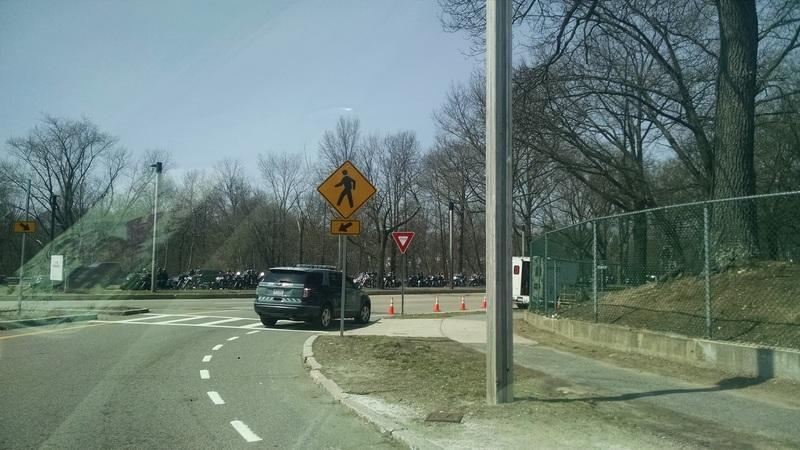 This part we decided to cover by smaller roads so that the drive is less monotonous and more scenic.

When we got to Syracuse area, Roman was already very sleepy and tired from the sun shining into his face, so we decided it's safer and wiser to spend the night there and deal with the lost time the next day. So we canceled our motel in Buffalo and headed to a Hilton in East Syracuse. 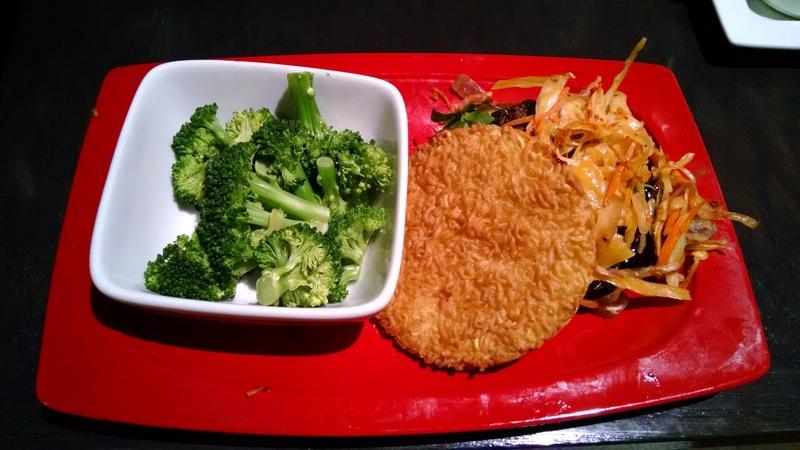 The second day was much more productive. 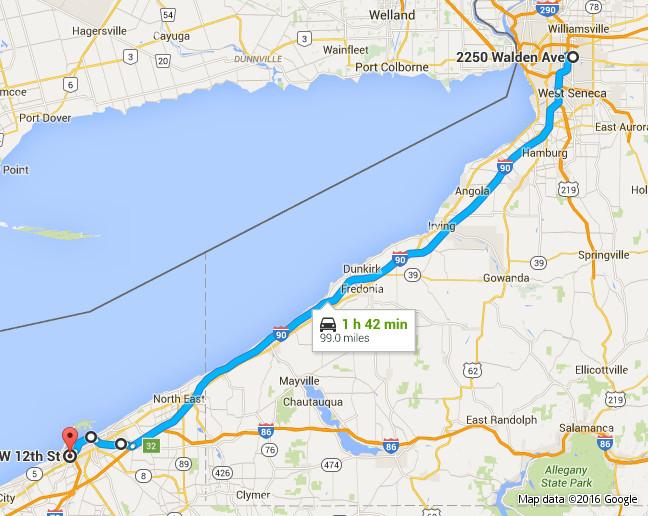 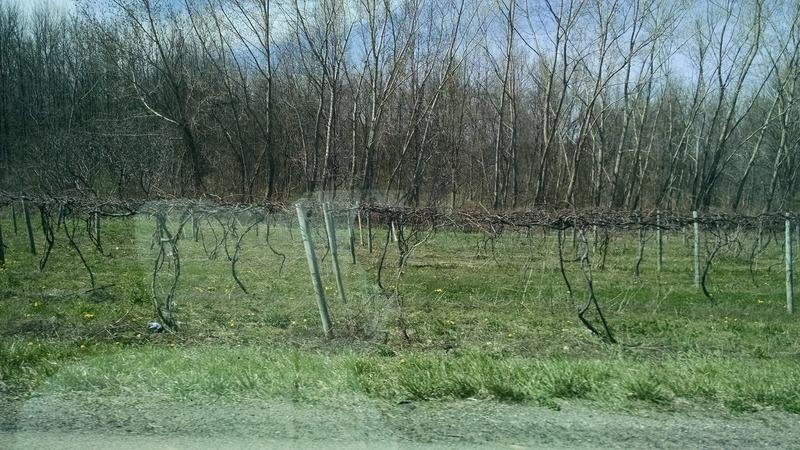 When we arrived in Erie, we had to decide whether we are going to stop in a hotel once more or make an effort and arrive in Farmington Hills the same day. Roman was in an optimistic mood, so we decided to make the last stop at a toll road service plaza instead of a cafe to save time. Our original plan included stops in Cleveland and Toledo instead, so there was no planned time for this modified leg. 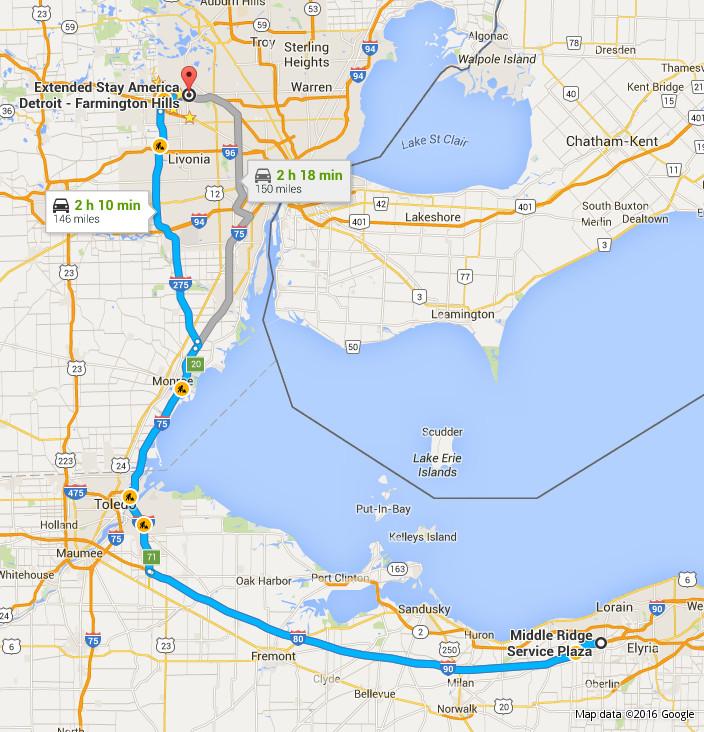 Our original planned arrival time was ~9PM, so we did pretty well in general, there was very little traffic even with all the road work. We did learn several things though:

My lp:rye/duplicity/mediafire branch was merged. And this means that MediaFire backend will be available for general public when the next duplicity version is released.

I had to change a couple of things in order for it to be accepted, so here's how to use the new built-in mediafire backend.

All the warnings from my original article still stand, so read that first before you sign up for the service.

I finally recorded it. Phew.

This work is licensed under a Creative Commons Attribution-ShareAlike 4.0 International License.

You can listen it here or on SoundCloud. Also MIDI source is available here.

When you buy a physical book, you don't sign an agreement dictating the conditions which you must satisfy to read it. That would be crazy, right? You expect to be able to read it anywhere you like. You can read it on the bus, you can read it in the park. Heck, you can even take it to the shower and read it, damaging the pages, but it is your book, you paid money for it and you can do whatever you want.

If you buy an ebook from a major store (Amazon, Kobo), chances are you are getting something extra with your book.

If you have a supported platform, everything magically works, and you don't think about buying the next book much. If you, like me, have GNU/Linux as your only OS, then your purchased book basically turns into a digital paperweight. Instead of owning the book, you merely own a license to read the book and only a set of approved readers will allow you to actually read it. The class of systems that impose these restrictions is called DRM, after Digital Rights Management. And you have very little rights there.

Look, recipe, if I knew how much was gonna taste good, I wouldn't need you.

I'm going through Cooking for Geeks now, and every page basically tells me to trust nobody.